cultivating a conscious relationship with the world we live in

Where did the name “compost your phone” come from? 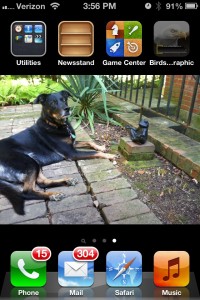 Can you actually compost your phone?

I’ll speak to both questions, but first…

The idea for this site started with my intention to bring more optimism (and hopefully even more fun!) into the conversations I have with students, friends, and colleagues about environmental issues and sustainability. Despite the best efforts to highlight success stories and to explicitly discuss reasons to be optimistic, studying environmental conservation can sometimes feel overly gloom-and-doom.

“One of the penalties of an ecological education is that one lives alone in a world of wounds. Much of the damage inflicted on land is quite invisible to laymen. An ecologist must either harden his shell and make believe that the consequences of science are none of his business, or he must be the doctor who sees the marks of death in a community that believes itself well and does not want to be told otherwise.”

I believe we need to continue having the difficult conversations about current environmental challenges—including biodiversity loss at alarming rates, water scarcity, unsustainable extraction of finite resources, the implications of our changing climate for all species on the planet (including us humans), and the contamination of our water, soils, and air by us.

I also believe we should invite the innovative ideas and soak in the enthusiastic descriptions of new crazy-sounding “green” products. Being overly critical of new ideas (to the point of cynicism) is like making faces at your team member during a brainstorming session—nobody wants to be that guy! Letting out (or welcoming in) all the wild ideas—just taking them in and not holding on too tight to any one notion—is how we stumble upon brilliant solutions (and lighten up enough to keep the conversation going).

We’re all guilty of the kind of skepticism and naysaying I’m referring to. I’m guilty of it (but I’m trying to reform). As scientists, we’re trained to be critical, and there’s an important place for that. But now is a turning point in environmental history, and pivotal moments require open minds and an adaptive approach. A willingness to try, to observe, to learn, and then to redirect our energy accordingly. 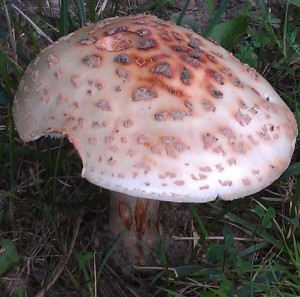 Where did the name “compost your phone” come from?

In that spirit, we chose the name and URL “compost your phone” because: (1) it feels much more hopeful and fun than “sustainable solutions” or “green living”, and it’s much easier to engage and maintain an open mind in a hopeful conversation & (2) many of our class discussions address the negative consequences of our increasingly disposable technologies, as well as the potential for new technologies to be part of future solutions, so composting cell phones seemed like good imagery!

And, to be completely honest, we landed on the name long before we read anything about attempts to actually compost [your] phones.

Can you actually compost your phone?

As for the possibility of composting your phone, here are a few related stories:

You can list a hundred reasons why composting phones is either not possible or not the solution, but let’s not. Let’s just say that right now, today, we cannot compost our old cell phones. But, wouldn’t it be great if we could?

Leopold, A. (1952). A Sand County Almanac, and Sketches Here and There. Oxford University Press.

2 thoughts on “Why “compost your phone”?”

Looking for something in particular?

A Note from the Editor 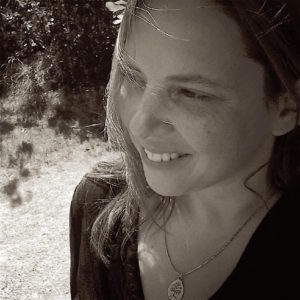 This site reflects an ongoing exploration of the world we live in, the values we place on Nature, and the foundations of an evolving sustainability ethic.

I teach undergraduate courses in Environmental Conservation & Sustainability at the University of New Hampshire. My students represent a diversity of interests and academic backgrounds, which I believe strengthens our ability to consider multiple perspectives.

Each semester, from very early on, I hear the students’ collective desire to figure out what they can do, to understand the positive and negative consequences of their actions, and to share what they’re learning and thinking about with friends, family, and a broader community. This site represents our continued exploration and reflections, and our invitation to a broader community to join the conversation. Welcome. We hope to see you in the comments section!

Jennifer Purrenhage (JLP) is the Editor of CompostYourPhone.com. Not all articles were written by JLP — check the byline!